The current economic crisis has caused many firms to turn to virtualization in an effort to reduce costs. They are won over by the benefits of reduced hardware costs, increased user adoption, less complicated maintenance for IT technicians, and faster disaster recovery and deployment. With virtualization and cloud computing software continuing to change how IT is approached, it’s perfectly understandable why firms head back to the good old days of mainframe computing and dumb terminals.

However, some firms are often so excited about reducing their costs that they forget to properly prepare for the incoming technological revolution that is virtualization. When virtualization is implemented, firms learn quickly that it requires its own kind of management in order to run smoothly. This article looks at some of the pitfalls both in the implementation and the running of a virtualized environment.

Any kind of virtualization that is implemented will have a huge impact on network usage. Firms can go from having a network where file transfer and email are the biggest considerations, to a network with a constant stream of commands and graphics clogging up their once substantial bandwidth. But not to worry, help is at hand. No matter what brand of virtualization software firms opt for, there are extensive tools and documentation available to help calculate the requirements needed, down to the last kilobyte.

Work starts at 9am, or at least it does for most people, and this can mean that you have an entire firms’ staff trying to log on at the same time. If all those virtual desktops are starting up at the same time on the servers, a strain is created that can be hard to bear for even high end servers. One solution to this problem is to have a maximum number of virtual machines that are allowed to start up at one time on a server.

Preparing a network to take a virtualized environment requires a lot of planning, and the same can also be said for hardware considerations. It is vital that there is enough processing power, hard disk space (and HDD speed) and cache to accommodate all of the virtual servers that firms are planning to roll out, along with some extra for fail-over.

Although IT departments all over the world are discovering new pitfalls and considerations, the virtualization revolution has definitely begun, and it is continuing to gather support from companies of all sizes. 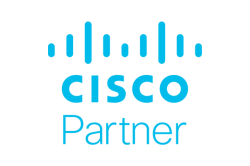