Menu
GET IN TOUCH

8 things to know about Windows 8

After the success of Windows 7 in 2009, Microsoft continues to hold the highest market share in Desktop Operating Systems, however lags behind in Tablet Operating Systems. The next version of Windows – Windows 8 has been designed to provide a single platform suitable for both PCs and Tablets. 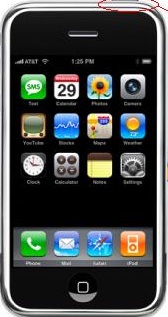 For the Start Menu, Microsoft designed a totally new interface with Tiles suited towards Tablets. The Metro interface welcome display shows information from the latest news to updates in your Social Networks. Windows 8 also supports HTML 5 application on your main screen and can move between applications by sliding left or right.

However, users do not seem very interested in the interface that looks more similar to Windows Phone 7 than Windows 7. It might be hard for Microsoft to make users believe that this interface will be suited to use for non-touch devices.

Fortunately, Windows traditional style will still be kept for application compatibility but we still do not know if users could completely turn off the Tile mode.

Windows 8 will not have traditional application windows. The applications will run full screen without Title bar or Zoom in/Zoom out tools. To see many applications at the same time, you have to move that application to the left and another one will appear on the right. This is called ‘Snap’ feature. 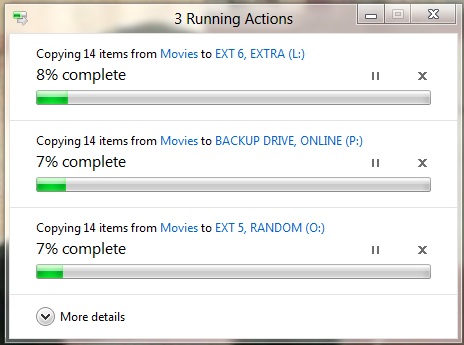 The file copy feature of previous versions of Windows had an information display box which shows about the copy process and estimated time for copying which was not always accurate.

In Windows 8, Microsoft details all of the copy requests into one dialog box so you can see the overall process as well as pause/continue it. You can also see more information about the copy process such as the copy speed or warnings for trying to overwrite files with the same names.

Nonetheless, time estimating is still not accurate. Microsoft said that estimating accurate time to complete the copy process might be impossible due to many incontrollable and unpredictable elements.

Windows 8 will be the first version of Windows supporting ARM processors as well as traditional Intel and AMD x86 based processors. The ARM processor such as NVidia Tegra, Qualcomm Snapdragon and TI OMAP are currently quite popular in the Smartphone and Tablets market since they are energy efficient.

ARM supporting Windows 8 Edition will have ‘Always on, Always connected’ mode that allows devices to keep network connected in standby mode and you can access networks almost immediately. 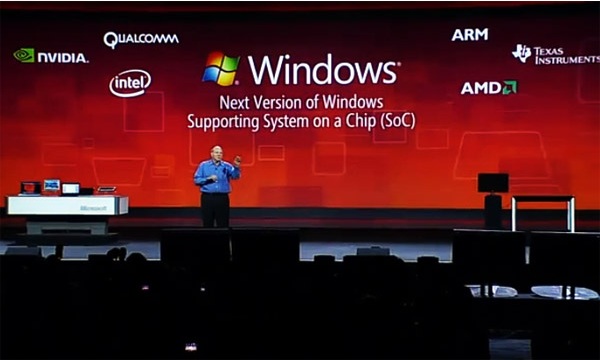 Just as HP with WebOS and RIM with Blackberry Tablet OS did, Microsoft intends to support a group of applications called ‘Tailored apps’ which use the HTML 5 language and JavaScript and are able to connect with hardware and system files. Microsoft hopes that it will attract a number of developers for this platform. Nevertheless, the thing is if the developers who use Microsoft .NET and other programing languages can build applications working on both ARM and x86 for Windows 8 allowing one application to run on all of devices. 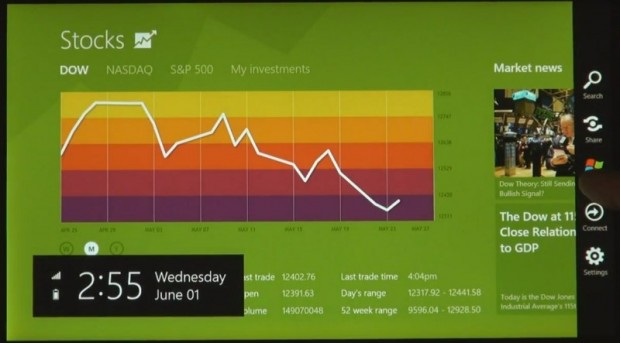 However, in April, one of Chinese CnBeta Webs exposed a following photo and supposed that it was a Windows 8 build but the Application Store in the picture is still quite simple. It may be an unreal picture and it is possible that Application Store will have Tile design to fit Windows 8. 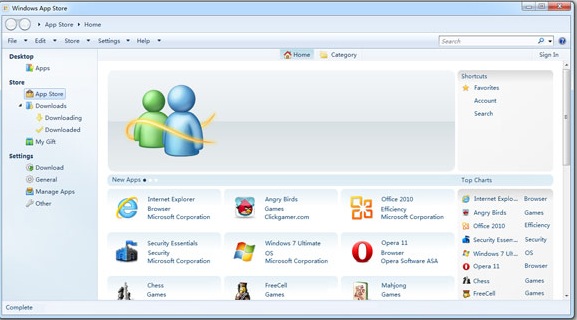 With 10 time faster speed than USB 2.0 and stronger charging ability, USB 3.0 is faster and more convenient. Although USB 3.0 works on Windows 7, Microsoft has been building integrated drivers into Windows 8 for USB 3.0. 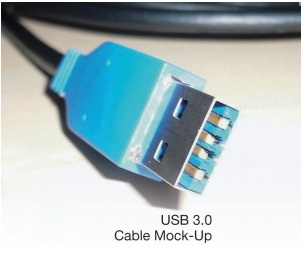 8. Support operation controlled by Kinect and many new operations:

Microsoft has not officially published that whether Windows 8 would support the Kinect controlling operation or not but with the popularity of Kinect on the Xbox, people predicted that the Kinect would be on Windows 8 when this new Windows Edition is coming out in 2012.

Paul Thurott of Supersite for Windows commented that Microsoft would support not only Kinect but maybe also other controlling operations such as voice control or face identification. 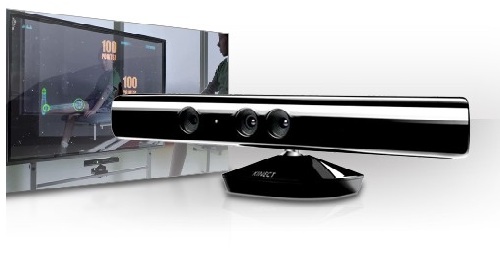 Apart from these 8 features above, Windows 8 has additional features including Early Load Anti-Malware, Internet Explorer 10, Multi-monitor, Picture password, Pin password, Progress Ring, Windows Store, Windows To Go and more. There is much more to go and we do not exactly know until Windows 8 is released in 2012. 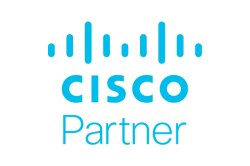